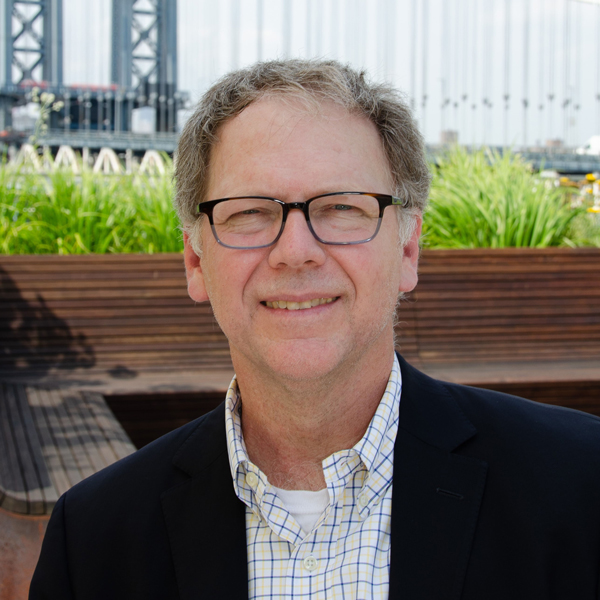 Jack Phillips believes architectural invention is the result created at the intersection of the novel and the pragmatic. As a Principal with Bergen Street Studio, he brings this thinking along with his extensive experience with both large- and small-scale projects to bear on the work in the office. His diverse background includes project types ranging from industrial infrastructure, landmark preservation and renovation, cultural and educational institutions, corporate facilities, and residential as well as urban and master plan developments.

Over his decades of experience, Jack has encountered numerous challenges during the development, programming and planning of projects. He is a creative thinker providing design intelligence and strategic planning leadership in the development and execution of more than 3.5 million sf and over $2.8 billion of program and experience–driven environments. His direct and personal involvement throughout the duration of a project is a given and at the core of his practice. Jack’s hands-on approach reveals his passion for openly engaged and inspired team direction in the development of concepts and strategies.

Born and raised in Texas, Jack’s career began in the Houston offices of CRSS working under the guidance of Paul Kennon on large scale manufacturing complexes and civic planning studies. After attending graduate school in New York, he served in a senior design role at Polshek Partnership where he worked directly alongside his mentor James Stewart Polshek on many significant cultural, civic and institutional clients. Additionally, Mr. Phillips has held design director and thought leadership roles with other firms, delivering significant design and strategic planning direction for many noteworthy clients.

Ardently committed to linking education and practice, Mr. Phillips has lectured and led design studios at several institutions such as Pratt Institute and University of Nebraska, among others.  Jack holds a bachelor’s degree in environmental design from Texas A&M University and a Master of Architecture from the Columbia University Graduate School of Architecture, Planning and Preservation. His work has been featured in exhibitions and publications and has been recognized with numerous awards for innovation and design excellence.