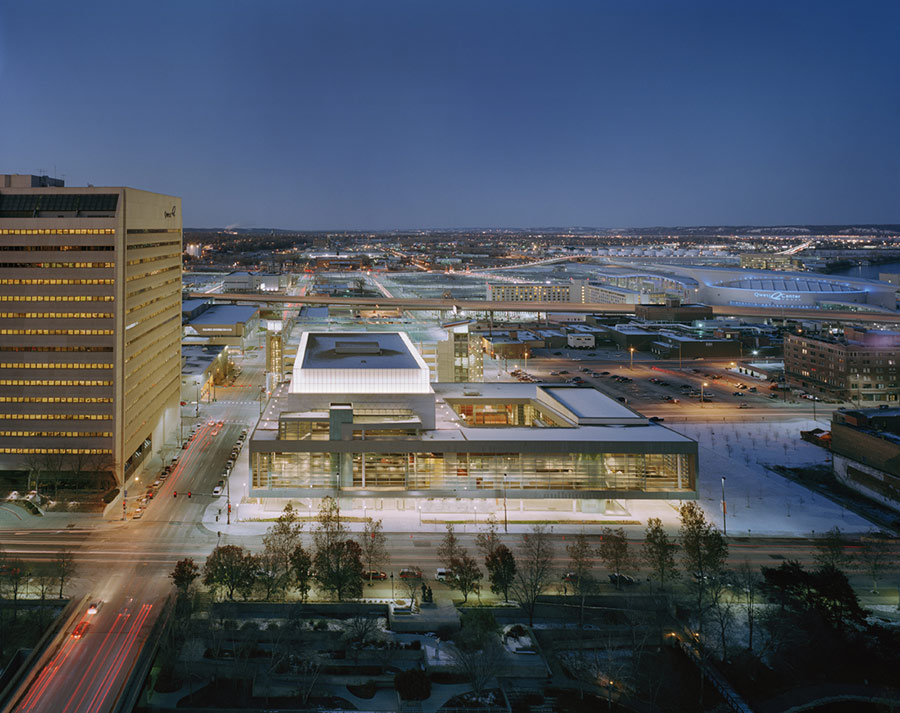 As an urban ensemble, the Holland Center reinforces existing patterns and connections with Omaha while creating new possibilities for the musical arts, within a series of memorable spaces for both teaching and performance. These include a 2000-seat major concert hall, a 450-seat flexible chamber music hall, and an outdoor performance venue within the central courtyard. The importance of Gene Leahy Mall has expanded the natural setting and drawn itself into the building itself, creating a picturesque field of episodic movements, both man-made and natural. Rather than move towards the more obvious “object in the park” strategy, our approach yielded a more complex assembly hovering between figure and ground relationships within the city fabric. 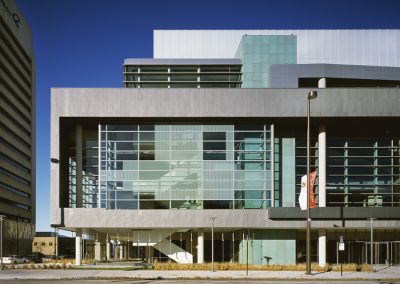 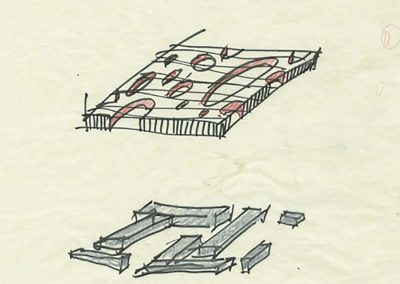 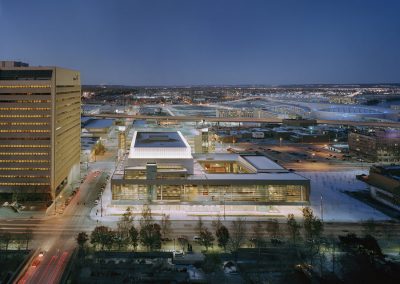 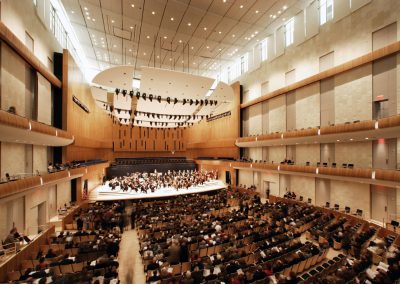 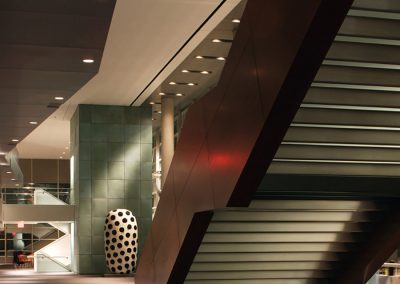 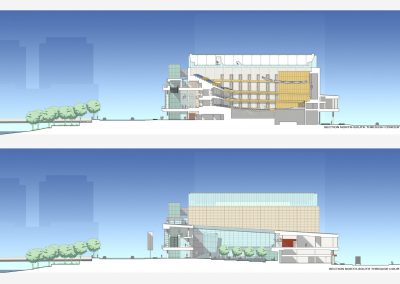 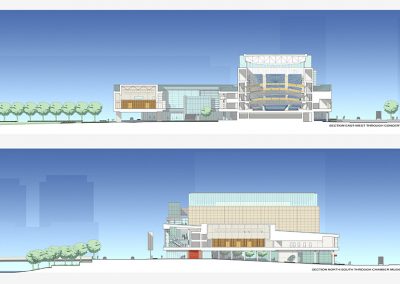 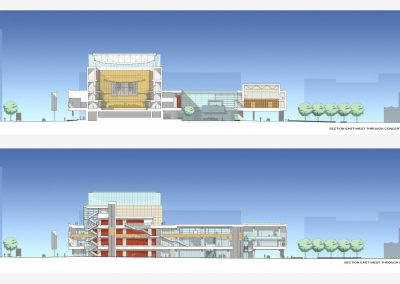 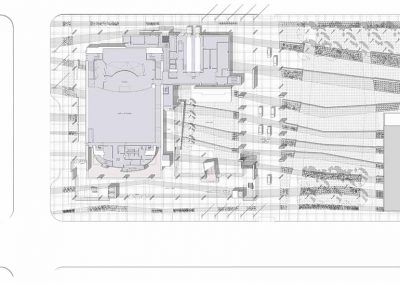 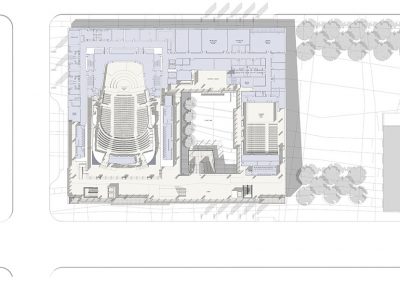 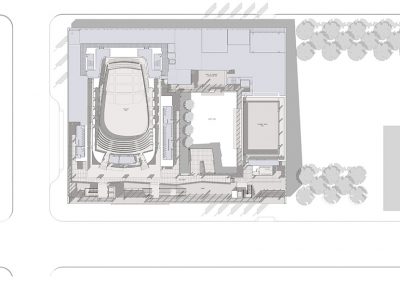